This year's 'Aye Write!' festival lasted from the 4th to the 12th of April. Among a variety of events, I chose the following:

I have read some of Kennedy's short stories, as well as a number of her articles/reviews, so I decided to give this event a shot. Also, I had recently discovered that she is a stand-up comedian, so I thought: literature + humour = winning combination! I really had a great time at this event. The host's liveliness contrasted with the writer's dark wit, and I thoroughly enjoyed her reading aloud from her new collection of stories. The story she read was 'This Man', in her own words an attempt at writing something 'happy' (after which word she made a pause and added, with a mischievous half-smile: 'ish'). The story itself is a wonder of attention to detail (she said she's not a very good observer in real life - but she can make up the details in fiction). It focusses on a female character on a first date with 'this man', and on how she over-analyses every little gesture, sound, smell. It was sweet, awkward, thought-provoking and funny all at once. If these weren't enough positive words about her and her work, here you have more: I checked her website to find out about the publisher/date of All the Rage, and I discovered that she lists both good and bad reviews about her books (and also 'silly' ones), and that she replies to some of them! Priceless. 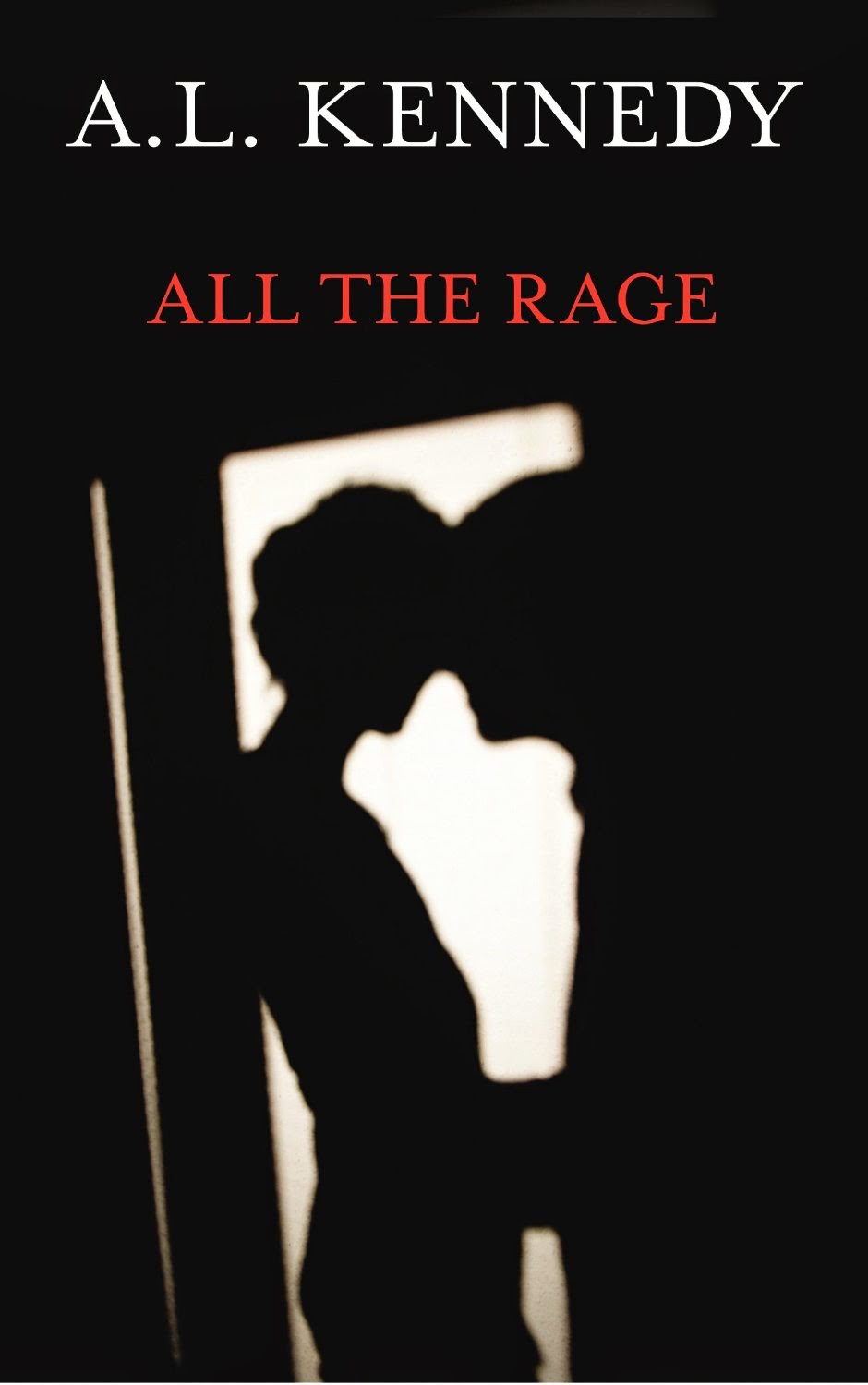 I read MacLaverty's novel Cal as part of one of the courses in my undergraduate degree, and loved it. I like open endings (unlike one of my best friends, and a lady in the audience), provided they're well-written. In this occasion, he read two of his short stories, included in The Collected Stories: 'On the Roundabout' and 'Words the Happy Say'. The first centers around a violent incident and the telling of it afterwards, the second revolves around a calligrapher and a lady in love with the Emily Dickinson poem the title of the story refers to. His reading voice is fantastic, I'm so jealous of his grandchildren! He also talked a bit about his native Belfast (which he described as both a wonderful and horrible place) and he recommended other writers' work, such as Gerard Manley Hopkins, Michael MacLaverty (no relation of his), Mary Flannery O'Connor or Paul Muldoon, among others. The only downside to this event was the host, she was a bit too stiff and formal for my liking. I'll leave you with the poem by Emily Dickinson: 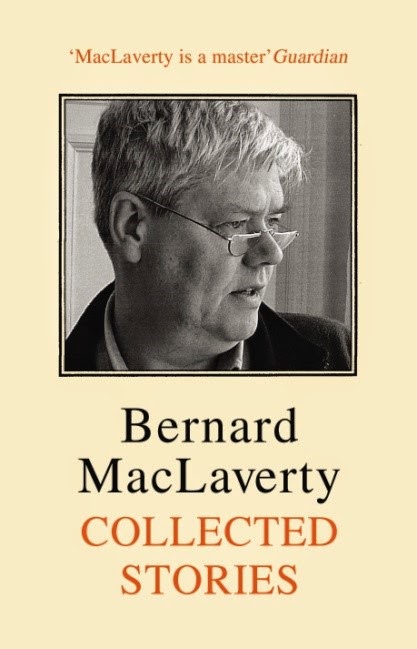 This event brought together three writers, who read bits of their work and talked about it with the host, Dr Gemma Robinson (University of Stirling). The panellists were: Ivory Kelly (Belize), Joanne Hillhouse (Antigua) and Martin MacIntyre (Scotland). Kelly and Hillhouse read from their short stories included in the anthology Pepperpot. MacIntyre read from his poems (Let Me Dance with Your Shadow) and stories (Re-Acquaintance), in Gaelic and in English. The main topic for discussion afterwards was language and the position of their work within the English-speaking world. Kelly said she chose to use a hybrid between standard English and the standardised Belize creole, with enough of each to be understandable and still have the taste of Belize. Hillhead talked about the acceptance of creole languages as something legitimate (not like a 'bastard child', in her own words), she said she believes this is a way for creole speakers to learn to accept their own identities. MacIntyre talked about his personal relationship with Scottish Gaelic: his grandfather was monolingual in Gaelic, his father spoke both Gaelic and English, MacIntyre learnt Gaelic as an adult. The three of them talked about how privileged they are to feel the freedom to write about whatever they want, in whatever language (or mixture of languages) they want. This event was organised by the British Council, the Commonwealth Foundation (Commonwealth Writers), and The Gaelic Books Council. 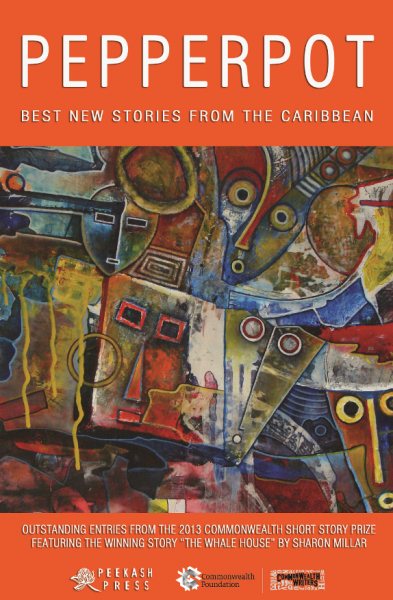 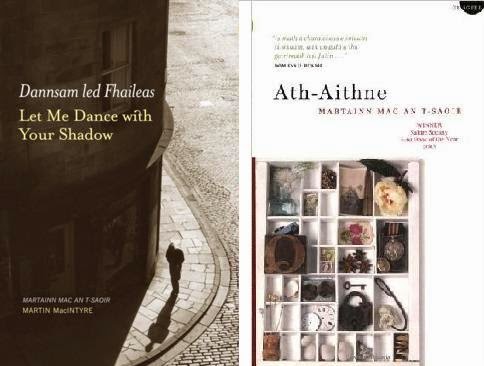 Of course, I think it's great that the 'Aye Write!' festival included events such as this one, with speakers that are 'minor' authors (in terms of sales/media promotion). However, I still had the uncomfortable sensation that this event had been marketed as 'exotic' or 'marginal' literature (were the low price and the free drinks incentives to an otherwise uninteresting event in the eyes of the general public?), and the ghost of colonialism was definitely in the room (interestingly enough, the Gaelic community was included in this). As a speaker of a 'minority' language (Catalan, which has more than 10 million speakers), I feel part of that uncomfortable situation. I recently read (in an academic analysis of publishing called Merchants of Culture, by John B. Thompson) that more than half of all books written in English are translated into other languages, but only 6% of books written in other languages are translated into English. English native speakers are also, apparently, among the least interested in learning other languages. Is it that they don't know what they're missing, or that they don't care?

As a general comment regarding the three events I went to, I have to express my surprise at the fact that I was only among the 5% of the audience that were under 50 years old. This might mean that 'Aye Write!' organisers advertise very effectively for a 50+ audience, but somehow I doubt that. I'm sure they advertise for as wide an audience as possible. Is it the prices what make young people not attend? Is it the events themselves? Are they not interested? Do they prefer to spend their money on the books themselves rather than go listen to the authors? Do I have a weird taste for someone my age? I don't think I do...

As always, I welcome any comments about the authors/books/issues I talked about here! =)
Posted by Helena Agustí Gómez at 12:39

Helena Agustí Gómez
Glasgow, Scotland, United Kingdom
I'm an MLitt student at the University of Glasgow. I was born in Granollers, Catalonia (Spain) and I moved to Glasgow in August 2013 with the help of a Stevenson Exchange Scholarship in order to undertake an MLitt in Modern and Contemporary Literature. This blog will contain reviews and thoughts mostly relating to literature, theatre, music, food and culture in or around Glasgow, as well as possible comparisons to my native culture.